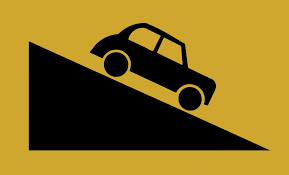 Let’s start by addressing the obvious, the first half of 2022 has not been great.  For US equities, it’s the worst start to the year since 1970.  To preface this writing, I don’t know whether we’re in a recession, headed for recession, or will avoid recession via “soft landing.”  But no matter who you are, we’ve all felt the pain of inflated prices and decreasing account balances this year, so it’s important for us to consider what it all means for your money and what we, at Radix Financial, intend to do about it.

Things were going so well…what happened?

For over a decade, we’ve had historically low interest rates to purchase/refinance homes and make corporate investments, inflation was stable at 2%, stocks only went up, and we had more oil supply then we could find storage for, leading to very low fuel prices.  And after the economic halt of 2020, things were starting to feel back to “normal” – or at least how we’d come to define it.

But nothing lasts forever.  The system (meaning labor and transport), already crippled from global lockdowns, couldn’t keep up with the demand for spending, which quickly led to a sharp rise in consumer prices (i.e. inflation).

With inflation rising 8.6% year-over-year, the Fed has pulled the economic emergency brake—intentionally.  It’s not pleasant, but it has to be done.  For stock investors, the S&P 500 is down 21% YTD and the tech-heavy Nasdaq is down 30%, wiping out approximately 18 months of returns.  For bond investors, the traditionally “safe” side of their portfolio has also been hammered down 10%, as yields rise, and prices fall.  While we would typically expect equity investors to flee to the relative safety of bonds, this has not been the case.  No one wants to loan money at a rate of x% today, knowing that the Fed is going to continue to raise rates aggressively at .50% to .75% every month, because assumably you’ll be able to loan it for a higher rate next month.  Equity markets are resilient, and will bounce back quickly, but for bond investors to feel safe wading back in, we need to see a downtick in inflation.  A lower inflation measure could indicate that the emergency measures taken by the Fed are working, and that the pace of their rate hikes could be lessened.  The next reading will be very closely watched—it will be released next Wednesday, July 13th—mark your calendars.

Anything else going wrong?

Unfortunately, yes.  The political climate is tough.  Regardless of your personal politics, tensions among legislators are currently stifling any hope for cooperative solutions.  Regardless of the issue, if the democrats introduce it, the republicans won’t vote for it, and visa-versa.   The American public needs assertive and consistent leadership - especially in times of economic crisis and war.  Yet this is something we lack in the White House and in Fed Chairman, Jerome Powell, who is doing all the right things, but needs to learn how to sell it better.

The war.  There’s not a lot we can do about this and its impact on global commodity prices.  Russia is one of the world’s largest oil and gas producers and the United States is one of the world’s largest oil and gas consumers.  We didn’t invest in the proper refining facilities or pipeline infrastructure during the Obama years, and we didn’t invest in any alternative energy sources during the Trump years, so now we’re at the mercy of our enemies.  Further to that, Russia is the world's largest wheat exporter (13% of total wheat exports) and Ukraine the fifth largest (8.5%).  Expect high gas, food, and other input costs to continue.

Consumer sentiment.  The most recent measure of the University of Michigan Consumer Sentiment has recorded the lowest reading EVER for June.  Data for this index dates back to the 1950s, so while households certainly are not actually at their most depressed levels ever, this consumer fear can turn into a self-fulfilling prophecy.  It's clear people believe we’re in a recession, but we’ll have to wait to see if and how consumers shift their behavior in response.  So far, we’ve not seen spending cuts in line with the sentiment reporting.

Real estate.  In recent years, if you were a buyer, you had access to very cheap mortgage rates. If you were a seller, you were able to sell your home at inflated prices, oftentimes with multiple offers and plenty of liquidity.  Even with stagnant wage growth, home buyers were still able to afford to buy homes at steadily rising prices because of cheap access to mortgage credit.  The threat of rising rates, along with extraordinary equity market returns to fund down payments, has likely front-loaded demand for real estate to some extent.  With the reversal of these two catalysts, we are already seeing mortgage demand down sharply (-5.4%) from last week, and loan applications down 17% from this time last year.

Successful long-term investing involves periodic pain.  The key is staying committed to a disciplined portfolio strategy.  For many of you, we’ve been through several of these painful moments together (2008-2009, 2011, 2016, 2018, 2020) and have always recovered stronger.  Sometimes it’s quick, as in 2020, where we recovered a 34% loss in four months.  Sometimes the recovery takes longer—the 50% drop during the Great Financial Crisis took a little over three years.  The average recession lasts 10 months and the average max equity drawdown is 21%.  We’ve already hit the average drawdown, but are things going to get worse?  It’s certainly possible, but it’s not likely. The stock market is an efficient leading indicator, meaning the markets have generally declined, rebalanced, and recovered before the economists even get around to officially declaring a recession.

As a long-suffering optimist and a long-term manager, I view this period as a healthy structural realignment of factors.  In hindsight, the equity (and crypto/alternative) markets were clearly in a bubble fueled by too much liquidity in the system to realistically support the implied growth multiples.  When everything, and I mean EVERYTHING goes up, it’s hard to distinguish the good companies from the bad, because excess capital tends to follow hopes, dreams, and big ideas rather than fundamentals.  The Fed was already on a path to gradually slowing us down by inching rates back up to a more normalized and sustainable environment, but because of the (mostly) pandemic-fueled inflation surge, was instead forced to pull the brake.

The biggest risk in recessionary environments is that you lose your job.  However, the job market in the US has remained robust with the unemployment rate at 3.6% and hiring demand holding strong—employers posted 11.3 million job vacancies in May (double the number of people looking for work).  The widespread labor shortages and related supply chain delays are the number one contributor to the inflation we’re seeing today.  Labor shortages lead to wage inflation, which for employees, is the best kind of inflation.  In addition, more and more companies have been forced to adopt work-from-home and remote workers, which is also good for the labor market because it vastly broadens access to labor that are physically located anywhere.

For retirees and near retirees, rising interest rates are a best-case scenario.  Most have either paid off their houses or otherwise refinanced at fixed low rates and will soon be able to afford to take some equity risk off the table and rebalance into fixed income bonds.  Whereas in the recent past, investors were understandably reluctant to “lock in” a long-term yield of 2% that would immediately be eaten up by fees and inflation, we would expect a more attractive 4-6% yield in a “normalized” interest rate environment.

There was a quote a few weeks ago in the WSJ from Jason Zweig, that I really liked: “bonds aren’t meant to make you rich; they keep you from becoming poor while paying you some income along the way.”  In that likely coming scenario, if we then can all but guarantee your cash flow needs will be taken care of during retirement, we can otherwise reduce equity exposure down to whatever level lets you sleep best at night, because you no will no longer need that level of risk (or its respective return).

And finally, for those still a long way from retirement, now—when things look bleakest—is the perfect time to buy into the market.  We’ve had a reset in prices that allows those who may have felt they “missed out” on the growth of the last year to get in at January 2021 levels.  Great companies are on sale, so if you’re sitting on cash or otherwise haven’t made a Roth contribution for 2022, reach out.

P.S. And speaking of reaching out—check out our new website! www.radixfinancial.com