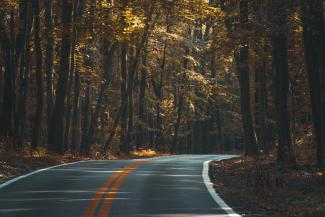 Investors continue to be successful going into the fourth quarter, with all major asset classes posting positive returns YTD.  Yes, you read that right…all of them, but we’ve still got a couple sharp turns to navigate before year end.

With the markets up big this summer, volatility relatively low, and a string of “good-enough” economic data releases, markets are again beginning to look to Janet Yellen and the Fed for a possible interest rate hike by year end.  The Federal Reserve has held short-term interest rates at near zero for almost a decade following the Great Recession to provide monetary accommodation and spur consumer borrowing/spending.  This has worked in large, but many economists (including me) now believe the Fed needs to begin tightening to ward off the threat of inflation.

For long-term investors, rising interest rates mean that the inflated prices of bonds will fall within portfolios and fixed income mutual funds.  This may frighten some who have invested in fixed income funds for safety, but it’s important to remember that rising rates also mean that investors will be able to reinvest maturing bonds into higher yielding, low-risk investments.  For too long income investors, and those nearing retirement, have been forced to accept either more volatility risk in the equity markets or negative real rates on their savings.

After a large upward push earlier in the year, WTI crude prices settled comfortably into a trading range between $45-50/bbl for most of Q3.  For two years, supply gluts have kept prices low around the globe; putting tremendous strain on export-dependent countries and US producers.   At the most recent OPEC meeting, held last month in Algiers, an agreement amongst member countries was finally reached to make the necessary production cuts needed for prices to rise.  Even Russia, the world's largest non-OPEC crude producer, has come out this week saying they are willing to join OPEC in production cuts.

This is a big deal; however, most of the details remain to be hammered out at their next meeting on November 30 in Vienna.  Iran, who has just recently been allowed to ramp up production after years of sanctions, has been adamant that they will not cut production; and who can blame them?  A committee has been formed to decide which countries will cut, and by how much, and present it at the November meeting.  The Saudis and Iraqis are likely to be the ones asked to make the largest cuts, so it’s fair to assume that the deal is far from done.

And Finally… #3 the Election.

If you’re like me, November 8 cannot come soon enough for this bizarre election cycle to be over.  No matter what side you come down on, a couple things remain:

We know Donald Trump to be a volatile, disgusting human being who propagates violence, intimidation, sexism, racism, and questionable business practices.  The Republican ticket has a superior tax plan and a more realistic energy policy; but any good we see there is overshadowed by the economic catastrophe that would result by restricting global trade.

Hilary Clinton’s election also does us zero favors with regard to taxes, energy, and healthcare; but with a Republican controlled congressional majority, it’s unlikely she will be able to accomplish much of what she’s promised.

A recent Vanguard research report, which studied stock market returns going back to 1853, found them to be nonpartisan in the long run.  In the short run, markets still hate surprises, so as we make the last push towards election day, expect to see higher than average volatility if sentiment swings back towards Mr. Trump (the more unpredictable candidate). 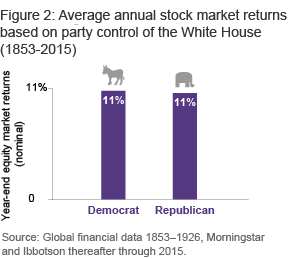 Bottom Line:  It may not feel like it, but the US economy is doing pretty well.  Long-term investors should continue to focus on their goals and not allow the noise to distract from a well-developed asset allocation plan.

As always, if you have any questions, concerns, or ideas; give me a shout at amy@radixfinancial.com