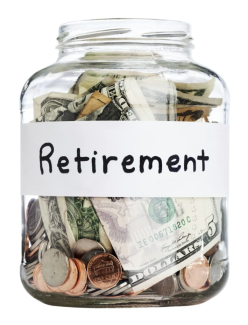 At the end of last December 2019, Congress passed what has become known as the “Secure Act.”  This is a clever acronym for the full “Setting Every Community Up for Retirement Enhancement” Act. This legislation has been in circulation since last summer, and while I myself have been one of its greatest critics (see my comments in the Wall Street Journal and Money.com), the tweaks are relatively minor.

There are however, a few notable changes to the distribution mechanics of traditional (not Roth) IRAs that everyone should be aware of, which I will try to hit the high points on.

Prior to the Secure Act, a non-spouse beneficiary of an IRA was allowed an excessively complicated number of options as to how this money could be received and for how long it could stay “tax-deferred.”  Under the new law, IRA beneficiaries (for 2020 and beyond) will now be required to deplete the account within ten years of the original owner's death.  Remember, this is pre-tax money which means that somebody, someday, has to pay the tax--even if it’s your heirs after your death.  Beneficiaries will now have only ten years to receive these funds and spread out the necessary tax payments, based on their own ordinary income tax bracket.  There are still some notable exceptions to this rule, so be sure to reach out if you think this scenario applies to you.

Prior to the Act, one could name a trust as beneficiary of an IRA, allowing greater asset protection and control beyond the grave.  The most common example of this scenario would be for situations where there is a surviving spouse and children from a previous relationship.  Under the former structure, a trust could be the named IRA beneficiary with the spouse as the primary income (RMD) beneficiary of the trust, during his or her lifetime. Then after the death of the surviving spouse, the remaining funds could then be distributed to the original IRA owner’s children. This is simplifying of course, but you get the idea.  While it is still theoretically possible to name a trust as beneficiary under the new law, it may not be as advantageous.  At minimum, the language will need to be updated to allow the IRA to be depleted within ten years, likely triggering conflicts of interest between beneficiary classes as well as subjection to un-favorable trust income tax rates.  This is a potential land mine, so if you currently have a trust named as your IRA or 401(k) beneficiary…call me.

Remember that weird rule that mandates that you must begin taking required minimum distributions (RMDs) out of the account each year beginning in the year you turn 70 ½? Well, now it’s 72.  That’s it.

You previously were not allowed to make contributions to Traditional IRAs after age 70 1/2, even if you were still working.  Now you can! But the requirement remains that you must still have US earned income of at least the amount of your contribution.

Other miscellaneous “clean up” provisions

Up to $10,000 in 529 Plan money can now be spent for payment on student loans.  Beats me why you would have taken out a student loan in the first place if you had $10,000 just sitting in a 529 Plan, but I’m sure this makes some sense using an obscure leveraged advanced tax scenario where there are multiple kids and extended family contributors, but overall…this is a non-event.

Kiddie tax generally refers to what tax bracket that unearned (investment) income is charged to minor dependents.  Prior to the 2016 Tax Cuts and Jobs Act, income subject to Kiddie Tax (generally unearned income over $2,200) was charged at the parent’s marginal tax bracket.  The 2016 Act changed it to instead be charged at the (generally higher) trust tax rates.  The 2019 Act reverses the 2016 glitch and unearned income subject to Kiddie Tax will again be charged at the parent’s marginal tax rate and pro-rated back for 2017-2018.

The biggest push for this legislation came at the hands of the insurance and annuity providers' desire for access to the steadily growing $5 trillion 401(k) market.  Under the new legislation, you can now hold an annuity inside an employer 401(k) Plan.  This was the piece that I was most disgusted by, as there is no financial industry sector responsible for more layered hidden fees and predatory sales practices than the annuity providers.  Marrying the two most expensive account types (ERISA retirement plans + annuity contracts) offers absolutely no long-term benefit to savers, just adds an additional and unnecessary fee wrapper.

Otherwise, that's pretty much it!  As always, if you have questions, comments, or just want to present a case why an annuity in a 401(k) makes sense, send me an email at amy@radixfinancial.com.