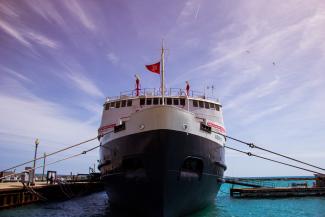 Batten Down The Hatches

And, happy 4th anniversary to Radix Financial! Unless you’ve been hiding out under a rock somewhere, there’s been very little good news out of Washington or Wall Street in the last few months.  But, as the perpetual optimist in the room, I try not to worry myself with short-term market downturns or, for that matter, market performance over an arbitrary 365-day period of time.

Uncertainty surrounding the government shutdown, partisan lock jams, tariffs, immigration policy, Brexit, and rising interest rates have brought volatility back into the stock market.  Unfortunately, this will likely continue for at least the next two years, but capitalism will continue to prevail, as it always has.

Prior to October, it seemed that people were forgetting about risk, forgetting that markets go down, feeling complacent in the fact that rates are low, ungrateful that taxes are low, and gas is cheap.  My friend and research partner, Dr. John Grable, warned of this in his September 2018 blog when he noticed, “risk tolerance scores have been shifting upward, indicating that individual investors are increasing their willingness to take financial risk.”

In good times when risky assets climb higher with little volatility, our brains trick us into believing that we’re somehow missing out on easy money when our balanced portfolios return only half of what the headline numbers read.  This causes us to do the exact opposite of the only rule that matters in investing:

When the markets ultimately correct, as they always do, investors tend to think there is something they should be doing to “fix it!” and start to tinker with their portfolio allocation.  Again, violating the golden rule above.  Successful long-term investing means that we expect and plan for the markets to go down from time to time, so when that happens the best response is to shrug it off, stick to the plan, and wait.

I like to think of long-term investing like being a passenger on a ship crossing the ocean from one continent to the other.  You can take a cruise ship, knowing that if the weather turns bad, you can simply go under deck and trust that the captain (your advisor) knows what they’re doing.  You may be seasick for a few days and it might take longer, but you’ll probably still reach your destination safely.

Alternatively, you could try to time the market by joining the crew of a small sail boat.  Some days you may be able to move much faster than the luxury cruise liner, nimbly navigating the smaller passageways finding short cuts and weaving in and out of trouble.  It’s an exciting life with rarely a dull moment; however, a large storm could wipe you out, leaving your boat irreparably damaged.

But what happens when even “safe” investments like bonds start losing money?  I’d like to take a moment to address this as it’s a question I’ve received several times in the last year, as well as offer my take on the current Fed policy.

Quick background – after almost a decade of drastic monetary stimulus measures designed to provide liquidity and accommodation in the years following the global financial crisis, the FOMC, under the current leadership of Jerome Powell, has begun to “normalize” interest rates in the US by systematically raising the short-term Fed funds rate and not reinvesting maturing debt held on its balance sheet.

Thanks to fiscal policy stimulus, recent tax cuts, and the prevalence of low oil prices, the Fed has been able to slowly raise short-term rates with minimal negative impact on the overall economy, measured by inflation and unemployment.

Nothing comes without consequences, however.   As former Fed Chairman Ben Bernanke famously remarked, “the first risk is that rates will remain low, and the second is that they will not.”  Without rate increases, we leave our economy vulnerable to a depreciating dollar through future inflation.  Troubles in Europe and other developed currencies have propped up demand for US debt, despite the long period of ZIRP (zero interest rate policy), as we continue to be the least dirty shirt in the global laundry.  This will not and cannot persist forever, and the Fed is now actively looking for the neutral policy rate that will act as the tipping point in demand for dollars - the point where US GDP can continue to grow steadily without the threat of hyperinflation.

So how does this affect our portfolios?  Well, ZIRP is great if you’re looking to borrow money for things like a mortgage.  However, if you are in the distribution stage of your investing career or a pension plan, low-risk yield has been non-existent for some time.  That is changing.  As interest rates rise, investors will be able to loan money for much lower-risk, higher-yielding bonds.

Consider the figure below:

This is the US Treasury yield curve, the basic framework off which nearly every interest rate charged in the US is based.  Generally speaking, loaning the US government money is considered a riskless investment as the US government akin to the Lannisters in that they always pay their debts.  Why?  Because unlike individuals, they’re borrowing money in the same currency they mint.  So, for corporations or individuals borrowing money, there is a premium applied to the rate by the lender for the risk of default.  The higher the risk of default, the higher the yield or rate of interest demanded by the lender.

But what happens to the old debts that were issued at lower interest rates when rates rise?  Let’s say you lent the US government $100 for 10 years today, and in return they promised to pay you $2.69 every year for 10 years.  Then say rates rise, and others are able to lend the US government $100 for $2.87 a year instead.  Your outstanding investment will be worth less if you tried to sell it.  You may have to sell it for $95 to incentivize other investors to buy your bond instead of one of the fancy, new higher-yielding ones.  It’s an inverse relationship, when rates rise, bond prices go down.  That’s why it appears as though you’re losing money in your “safe” assets.  The longer and lower quality the bond, the more sensitive it will be to movements in interest rates because you are going to be “stuck” accepting only $2.69 a year in interest.  This is called “duration risk.”

If you purchase and own individual bonds like we prefer to do, these price swings should not meaningfully concern you.  You will still receive your $2.69, as agreed, every year and in 10 years you’ll receive your $100 back.  However, if you are an investor in a high-duration mutual fund that owns many bonds with varying maturities, the unit share price could drop drastically, spooking investors to demand their capital back and forcing the manager to sell the underlying bonds prior to maturity and locking in the loss.  That’s why it’s more important than ever to understand the composition and risk involved within bond funds.  As rates rise, you hope that reinvestment in higher yielding debt will make up for the temporary price hit, but caution is warranted.

A normal yield curve offers a “term premium” for lending money for longer periods of time, i.e. longer-term lenders should be compensated for the rate and inflation risk they’re undertaking for lending money for longer periods of time.  If you notice the shape of the yield curve today (the blue line), you’ll notice how flat it is compared even to last January (the orange line).  You can loan money for one year, taking very little longevity risk, for 2.63% or lock in 2.87% for 20 years, a very low spread compared to historical values.

Lots of financial news articles and supposed “experts” have gone on TV and predicted the coming doom based on the inverted yield curve (shorter-term rates higher than longer-term rates), a phenomenon that occurred in the summer of 2007 right before… “you know what” happened.

In reality, a flat or inverted yield curve, which we’re seeing now, means one of two things:

1) the Fed will soon drop short-term rates in response to the coming economic catastrophe, or as the Fed hopes

2) demand for longer-term debt will fall causing prices to drop and yields to rise until an equilibrium is reached.

I tend to believe the latter, that longer-term rates will ultimately rise in response to the rising short-term rates.  I might be in the minority, but I believe the Fed is doing an excellent job.  They’re very tuned into market reaction and have controlled expectations by being incredibly transparent and communicative with the investing public.  It’s a delicate process which sometimes resembles trial and error, but regardless of the seemingly endless political abuse on Twitter, the Fed remains an independent fiduciary of the economy.

I hope you and your families have a wonderful and prosperous new year!  As always, don’t hesitate to reach out with any concerns or questions about the markets, bonds, or our current investment strategy. Email me at amy@radixfinancial.com.