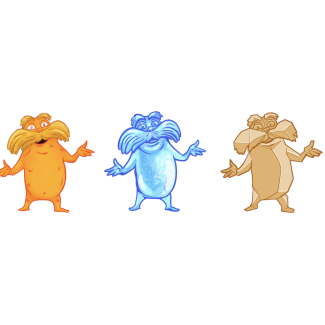 What the Frac is a SPAC?

If you watch or read financial news, you’ve likely heard the Seussical term “SPAC” mentioned a lot in relation to a flurry of new companies coming public over the last year, accounting for approximately half of the IPO filings in the US.

Like you, I had questions.  What does that word mean?  Is it the same as buying stocks?  Why are they getting so much attention?  Should I buy a SPAC?  What are the risks?

Let’s start with the basics

“SPAC” is an acronym for Special Purpose Acquisition Company,  and it’s effectively money for nothing.  A shell corporation with no operations and no assets designed to quickly raise capital in the public markets and THEN make acquisitions, or more specifically, reverse merge with a private company.

Historically, these vehicles have been used by professional private equity companies to raise capital and then go shopping.  Once established, the SPAC has approximately two years to complete an acquisition deal before they must liquidate and return funds to investors.  However, more recently, private companies are partnering with a “sponsor” investor or group, to form their own SPAC to quickly raise capital from the public markets, and then buy themselves.  This leads to the sidestepping of the lengthy scrutiny process of traditional IPOs.

Back up.  What is the traditional IPO route?

“IPO” stands for initial public offering, and it is traditionally how companies who are originally owned by their founders and other private investors open up investment to anybody, infusing equity capital and liquidity needed for growth.  This is generally great for founders to “cash in;" however, there are draw backs.  Namely, your financials must now be published publicly on a quarterly basis and be subject to the scrutiny of both external auditors, ratings agencies, and Wall Street analysts.  Private shareholders are more willing to be patient as a company grows and incubates, often tolerating years of unprofitability.  Public shareholders, on the other hand, are not so patient.  They expect results every quarter.  If a company can’t consistently deliver on their promises to shareholders, public shareholders can easily move on to companies that will.

So how is this any different?

Call me old fashioned, but I like to know exactly what it is I’m investing in.  When I invest in a company, I want to be confident that the financials are audited and correctly represented, understand where cash flows are originating, and know that my capital is being utilized and overseen by a competent board of directors over whose appointment I have a vote.

With a SPAC you get none of that.  You’re investing in a story, and nothing else. It’s not overly different than investing in private equity funds, where you’re blindly handing your money over to a professional investor who keeps 20% of your profits.  The difference here is that private equity dealings have traditionally been open only to accredited investors who can afford the risk.  SPAC investing is open to anyone with an online brokerage account.

Is investing in a SPAC riskier than common stocks?

Hugely.  First, because you have no transparency into what you’re buying. Secondly, SPAC investors are penalized by dilution of the costs of the acquisition, warrant redemptions, and the free 20% stake often given to the sponsor.  A recent study of the 47 SPACs merged between January 2019 and June 2020, found that on average, SPAC shares originally issued to investors at $10 par value held only $6.67 per share in cash by the time the SPAC merged with the target acquisition company.  Then, on average, share prices dropped by one third the first year following the merger, as investors finally get a first look at what they've purchased.

Note that I am in no way being critical of the private companies ultimately targeted for acquistion, the risks I'm talking about have almost nothing to do with them.  There have been several notable SPAC successes (see QuantumScape & Draft Kings); however, individual investors in SPACs after the IPO are taking on additional uncompensated risk and are generally on the wrong side of the conflict of interest borne by the sponsor to close a deal at any price.  Just be aware that by the time your investment is actually made in the target company, a large chunk of your cash will have already been spent.

A further note on speculative investing

I’ve always been a big advocate of a broader population gaining access to investing, something in former generations was only accessible to insiders and the very wealthy.  The ability for younger, less experienced, and smaller investors to gain online access to the public markets through cheap ETFs and zero trading commissions is amazing, but few have the education to invest prudently and fully understand the risks before it's too late. So, while stimulus is high, money is cheap, and access is easy, I simply offer a warning. 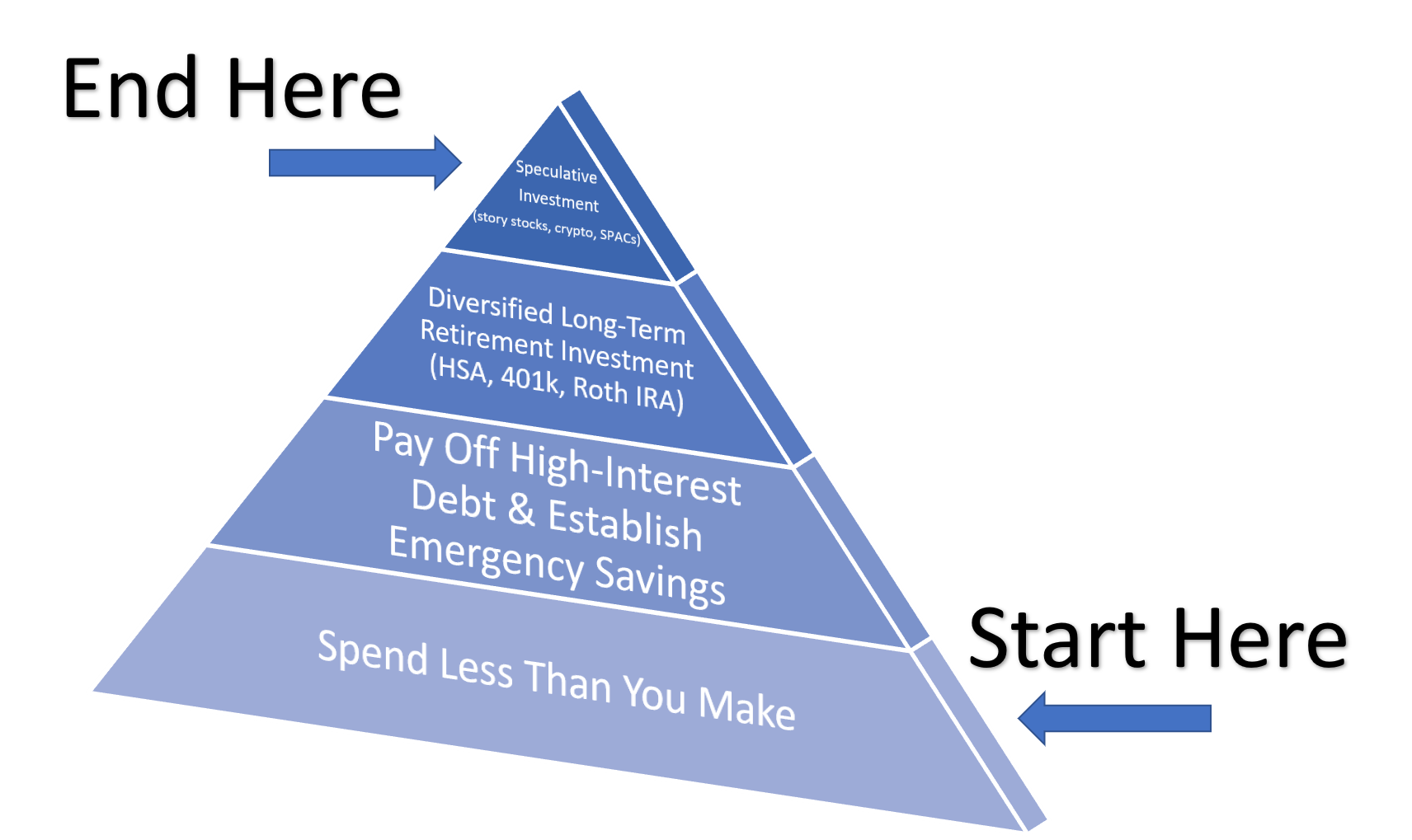 Building wealth is like building a pyramid.  It takes time and it cannot be built by skipping the base layers and going straight to the top.  It’s impossible.  I’m not saying you should never invest in these things, I'm saying that trading crypto, hot “story stocks,” or SPACs before you have established a budget, paid off your high-interest credit card debt, and are regularly saving for retirement, is the definition of stupid.

I hope this has been helpful.  As always, if you have questions or comments, feel free to email me at amy@radixfinancial.com.